10 tWitch Moments That We’re Obsessing Over!

Is something missing in your life? We think we know what it is! On a recent episode of So You Think You Can Dance, Stephen “tWitch” Boss made an appearance as a guest judge – which reminded us how much we love him, so we decided to relive some of our favorite tWitch moments!

1) When he tore down the house as “Taz” in “Stomp The Yard: Homecoming”!

In 2010, tWitch appeared in the second “Stomp The Yard” movie. We still can’t get over the epic dance battle between Chance Harris (Collins Pennie) and Taz – all in favor of a rematch?

2) When he made a guest appearance alongside his wife, Allison Holker-Boss, in the second issue of Inside Dance magazine!

Allison gave us some insight on meeting tWitch, their marriage proposal and family life in the May 2014 issue! (Buy your copy here!)

3) When he helped his biggest fan SLAY prom!

What better way to make someone’s dreams come true than with a huge surprise!? During episode one of “tWitch, Please …Help Me Dance” – a new short on “The Ellen Show” – tWitch surprised high school senior Isaiah Southall. The two choreographed a routine to perform at Southall’s prom, and we have to admit… we’re a little jealous that tWitch was never our prom date!

4) When Allison surprised him with a MONUMENTAL gender reveal!

Allison put together an epic gender reveal with a little help from the couple’s friends and family. Check out tWitch’s reaction to the resulting flash mob:

In season four of  So You Think You Can Dance, we watched tWitch win runner-up for the title of America’s Favorite Dancer. Nearly 10 years later, and we aren’t over this Primetime Emmy Award-nominated routine, choreographed by Mia Michaels.

6) When he proposed to Allison while filming a commercial… Talk about a surprise!

While wrapping a Microsoft commercial, tWitch kept the camera rolling and surprised Allison with the proposal of her dreams!

7) All the scenes of him as “Jason” in the Step Up movies… Give us more!

8) When he gushed about the birth of his son!

tWitch and Allison welcomed their baby boy, Maddox, into the world on March 27, 2016. The couple shared several photos on Instagram, but tWitch’s heartfelt post to Allison has got to be our favorite. #RelationshipGoals

9) Every tWitch and Ellen DeGeneres moment EVER, but especially this sweet exchange!

In recent years, tWitch and Ellen have become close friends, and he is a regular hit on her show! Try not to tear up at tWitch’s response when she asked about his all-time favorite moment from the show:

10) When tWitch and his family started the “MOVE LIKE A BOSS” challenge and proved they’re #FamilyGoals!

As if tWitch and his wife weren’t already #Goals, last March, Allison started the “MOVE LIKE A BOSS” challenge – a parody of reality dance television. Both Allison and tWitch danced like the bosses they are, but we think the judges have a conflict of interest… Watch the video to find out why!

tWitch and Allison recently returned as the hosts of “Disney’s Fairy Tale Weddings” on Freeform. The six-episode television series airs every Monday at 8/7c. Allison took to Instagram recently to warn everyone that we will definitely be needing tissues for this emotional inside look at 11 couples’ fairy tale weddings!

Can’t get enough of tWitch and dance in general? We can’t either! Stick with Inside Dance all summer long for weekly recaps and fun features about World of Dance, SYTYCD and much more, and don’t forget to subscribe today to never miss another issue of Inside Dance!

Katie Murray is an undergrad student at Appalachian State University majoring in Communication Studies with a focus in Media, and minoring in Dance. Outside of dance team practice and class, she enjoys drawing, listening to Beyoncé, and walking her dog.

Something New – Something in the Air! 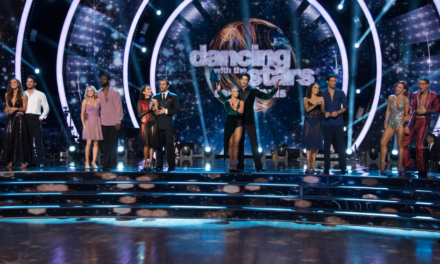 World of Dance: More Dancers Advance To The Duals In Episode 3

Honoring the Senior Class of 2020!